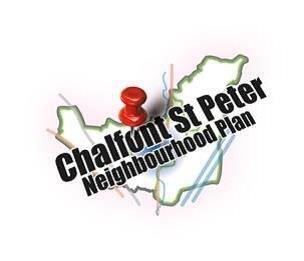 Neighbourhood planning gives communities direct power to develop a shared vision for their neighbourhood and shape the development and growth of their local area. They are able to choose where they want new homes, shops and offices to be built, have their say on what those new buildings should look like and what infrastructure should be provided, and grant planning permission for the new buildings they want to see go ahead. Neighbourhood planning provides a powerful set of tools for local people to plan for the types of development to meet their community’s needs and where the ambition of the neighbourhood is aligned with the strategic needs and priorities of the wider local area.

Chalfont St Peter Parish Council along with local residents and a planning consultant started working on a Draft Neighbourhood Plan in February 2014.

The Parish Council are delighted with the result of the 2nd  referendum, which took place on the 8th September.  87% of voters were in favour of adopting the plan.

The referendum followed a High Court judgement earlier this year, which had quashed the result of a referendum held in March 2015, in which 79 per cent of voters had voted in favour of a Neighbourhood Plan.  Following last year’s referendum, but before the plan could be adopted, a legal challenge was made by the owners of a nightclub, who objected to the inclusion of the building in a list of facilities to be protected by the Neighbourhood Plan.   According to Chiltern District Council, the High Court’s January 2016 judgement quashed its decision in relation to the nightclub, and also meant that the March 2015 referendum was quashed.  Given the legal judgement, it was necessary to remove the references to Winkers Nightclub from the Neighbourhood Plan and for the revised document to be put to a referendum, which took place on the 8th September.

Buckinghamshire Council will now have to consult the CSP Neighbourhood Plan on all future planning decisions for the village, including the Local Plan.

Chalfont St Peters Neighbourhood Plan is the first to be completed in the Chiltern and South Bucks Councils.

The Parish Council would like to thank the NP working party, Tibbalds Planning Consultants, Parish Councillors and all volunteers who assisted with the detail within the plan.